What is Pho and What Does it Taste Like?

Fun Facts About Vietnamese Food You May Be Surprised to Learn Where to get Fried Ice Cream

Not only is it Ice Cream Month, but July 18 is National Ice Cream Day. And there’s no better way to beat the heat of summer than a delicious bowl of ice cream — more specifically, a bowl of fried ice cream from Pho95. What is Fried Ice Cream?

Fried ice cream is a dessert made of a scoop of ice cream that is frozen hard, then breaded or coated in a batter, and quickly deep-fried, creating a warm, crispy shell around the still-cold ice cream.

There are conflicting stories about the dessert’s origin as some claim that it was first served during the 1893 Chicago World’s Fair, where the ice cream sundae was also invented.

Another origin story comes from Philadelphia in 1894 where a company was given credit for its invention describing: “A small, solid [cake] of the ice cream is enveloped in a thin sheet of pie crust and then dipped into boiling lard or butter to cook the outside to a crisp. Served immediately, the ice cream is found to be as solidly frozen as it was first prepared.”

A third claim began in the 1960s that fried ice cream was invented by Japanese tempura restaurants. How did We get National Ice Cream Day/Month?

President Ronald Reagan wanted to commemorate a treat enjoyed by over 90 percent of the US population, so in 1984, he decreed a day for ice cream. His proclamation actually glorified the dairy industry in America. An American, on average, will eat 23 gallons of ice cream a year!

Reagan also proclaimed July as National Ice Cream month, describing ice cream as ‘‘a nutritious and wholesome food enjoyed by over ninety percent of the people in the United States.’’

Where Can I Get Fried Ice Cream?

Pho95 has vanilla, strawberry, or chocolate fried in a secret batter. Come get some today! 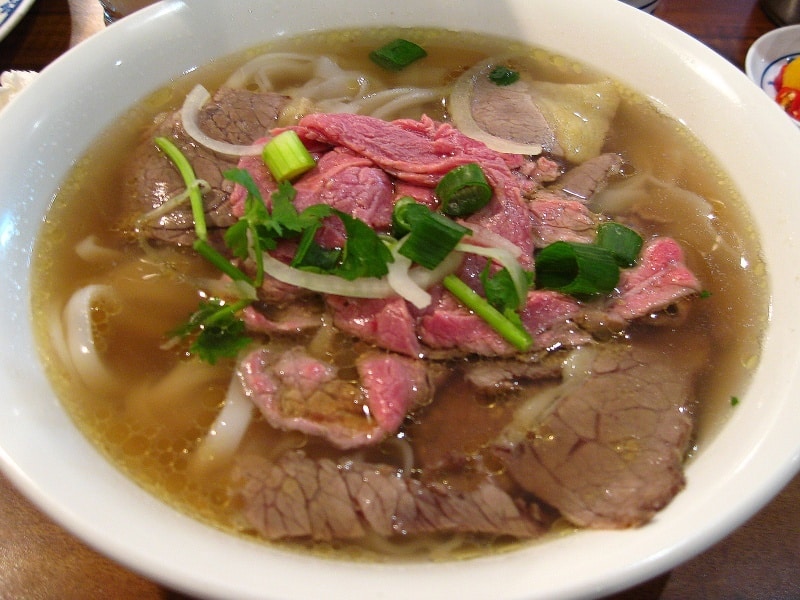 Where Can I Get Pho Near Me in DFW Experience the Taste of Asia with Pho 95