Noodles are one of the most diverse foods on the planet, so no wonder they would have their own month dedicated to it. March is National Noodle Month and here are some fun facts about this versatile food:

This food dates back all the way to 2000 B.C. in China. It was made from millet, a type of cereal grain.

Before it became a budget-friendly take-out option, noodles were sold as a luxury item.

Noodles became an important food in Japan during World War II. The country experienced a shortage of food in those days and the only food item easily available was dried noodles which later gained the status of the staple food of the country.

Did you know it would cost you about $140 per year if you ate ramen for every meal every day?

Slurping anything is considered poor etiquette in Western culture, but slurping your noodles in Asian culture is considered an appreciation for your meal.

Noodles are an excellent source of energy and are high in vitamins and minerals like iron, thiamin, niacin, and riboflavin as well as containing low sodium content and low-fat content.

Pho was influenced by French colonies, and the name was derived from the French dish “pot-au-feu.”

The Yokohama Cup Noodles Museum, located in Yokohama, Japan, is an interactive museum dedicated to the world’s first instant ramen telling its origin story from humble beginnings to the mark of a global dietary movement.

Japanese astronaut Soichi Noguchi took instant ramen when he went to space in 2005. Nissin Food came up with zero-gravity instant noodles shaped like balls that space travelers could easily consume.

By federal law, a noodle must contain 5.5 percent egg solids to be called a noodle.

The word “noodle” was derived in the 18th century from the German word “nutel” meaning “dumpling,” or, more literally, a “turd” or “small knot.” 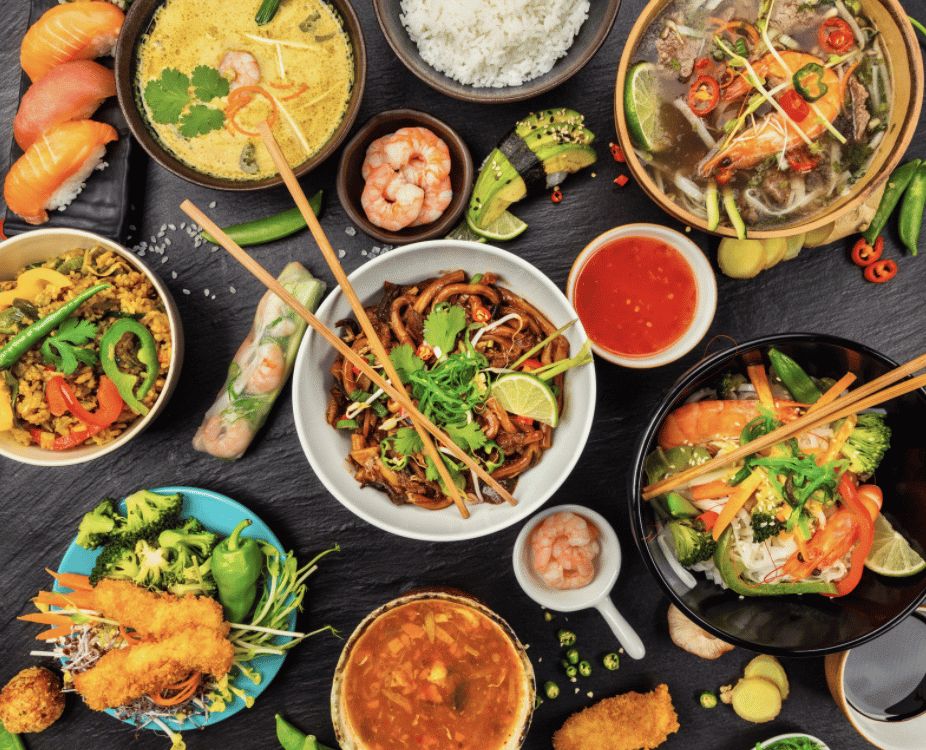